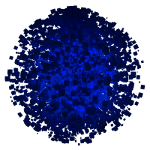 From Ambient, Psychill to darkpsy, psycore and hi-tech - Psy without borders. 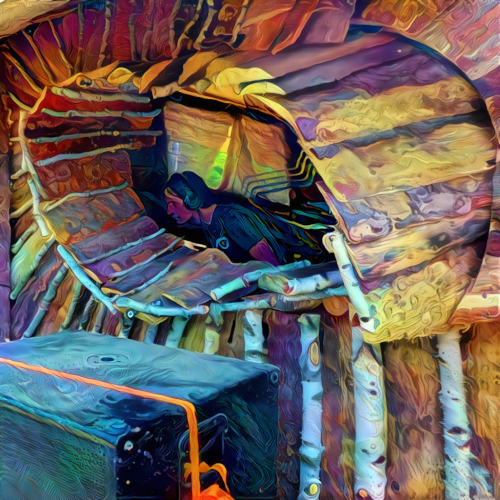 It was back in his early teenage years that voxel.blue acquired his first DJ mixer to party up with his best friend, but interest soon faded and shifted towards computing. Since he had been raised in a musical void, his first encounters with electronic music (often as one of the youngest party guests) instilled into him a deep fascination for these soundscapes. He then journeyed on through a variety of genres such as batcave, minimal wave, neofolk, noise, ambient, classical and various others. Via a brief passage through modern techno styles, he has discovered his real passion – psychedelic electronica. In retrospect, it still puzzles him how he has not gotten into contact with the psytrance scene earlier. Just for fun (and, admittedly, out of some frustration with what was being played at many events), from 2016 onwards, he started experimenting with modern mixing techniques. Positive feedback from DJs and friends made him dive deeper into this field. He’s always been an avid music collector, so the new obsession resulted in quite a diverse collection of psychedelic music.

Most sets are first takes, unedited¹ live mixes, done on various occasions. I usually don’t have preplanned playlists for my sets, rather they manifest a particular idea or direction I had in mind. I do however collect tracks I absolutely want to play, but most tracks are chosen in midair …

¹ except normalization and maybe cutting garbage from end/beginning :)